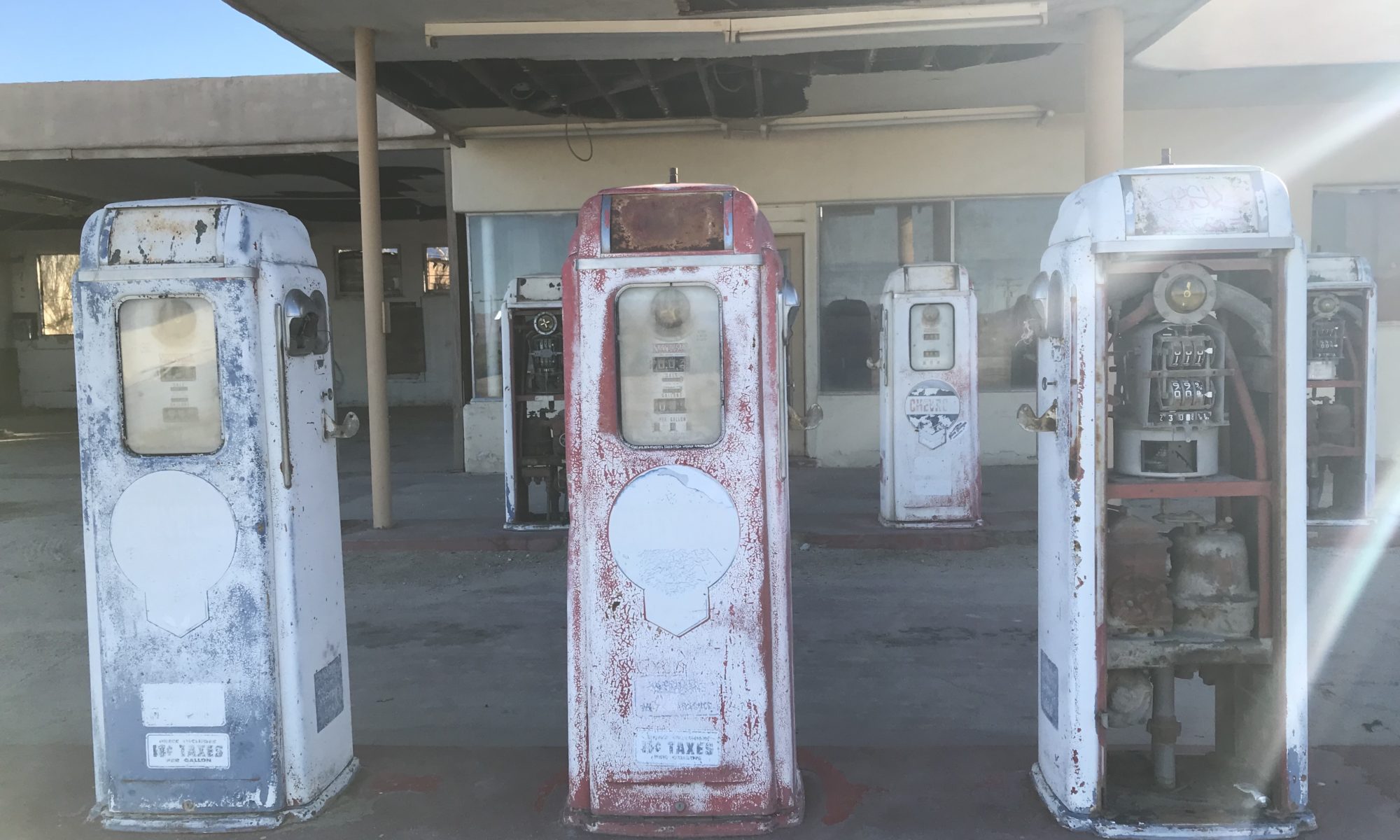 I’m writing a book during my run across America. But the book isn’t about the run. It’s about the divided voice in modern day America… Liberal vs. Conservative viewpoint. The run is mostly a vehicle to talk to local people about politics, and find the hidden stories that have shaped the United States. Here is one of those stories.

Upon running through the Mojave Desert portion of southern California, I stumbled upon a fascinating area: a place called the Kaiser Mines… and a tiny city in the middle of the desert: Desert Center, California.

As you travel off of the interstate, Desert Center gives the appearance of an old abandoned town. Its gas stations are of 50s and 60s classic architecture; stripped of both gas and human life. The only active business that remains in Desert Center near the interstate is the post office.

The Unlikely Origin of Kaiser Permanente

As we traveled deeper into the desert and away from the interstate, we were absolutely shocked to come across a serene and beautiful oasis. The oasis wasn’t bigger than a few streets. It possessed a neighborhood of about 20 houses, a golf course, a small lake, and a library with fire station. No grocery stores or basic amenities were anywhere to be found. The nearest town was Blythe, 50 miles away.

We went into the fire station and asked the firefighters of Riverside County Station 49 how a beautiful place like this ended up in the middle of the desert. Their response: around 80 years ago, it was created to support a management staff that oversaw the Kaiser Mines, a (long since closed) steel and iron mine farther up near Eagle Mountain.

This deserted area is the birth place of one of the largest HMOs and most important influencers of modern Health Care, Kaiser Permanente. During the Great Depression, a young, enterprising surgeon named Sidney Garfield, MD opened up a hospital to support the workers of the Kaiser Mines and the Colorado River Aqueduct Project. It was his belief that no worker should be without health care, and he struggled to keep the hospital open when he bared the brunt of workers and their families who didn’t have insurance. For those who did, insurance companies didn’t pay the hospital in a timely fashion.

In order to fix this, an insurance agent, Harold Hatch, was able to convince insurance companies to pay Dr. Garfield’s hospital per worker per day upfront. The money from this was collected from workers in the form of five cents per day per employee. If they wanted coverage off hours, it would be another five cents. If they wanted to cover their families, it would be another five. One of the original uses of the term, “prepayment,” can be found whistling in the historic winds of Desert Center.

What does this mean for Democracy In America 2?

This speaks to two distinct and important perspectives on healthcare, each supporting conservative and liberal biases.

The conservative perspective is that prepayment health insurance was born out of private companies. Modern health care in the United States and its privatized origins are plain as day in its history. Because the United States have traditionally operated in a deadlocked and weak central government (except in war time), and states never traditionally found the appetite for taxes to provide health care, private companies found success in providing health insurance to individuals. And this has been the relationship since the beginning.

This is in direct contrast to the movements that happened long ago in Europe: Germany had national health care starting in 1883. The UK had National Health Insurance for its citizens as early as 1911. Almost all countries in Europe have followed suit.

The liberal perspective is that Dr. Garfield believed none of the workers in the Kaiser Mines should be without health care, and would serve them regardless of their ability to pay. Time and time again, he would help the employees regardless of economics until it became too difficult to serve them.

The secret of the Mojave Desert, along with many others, will be the basis of the opposing voices of Democracy In America 2.